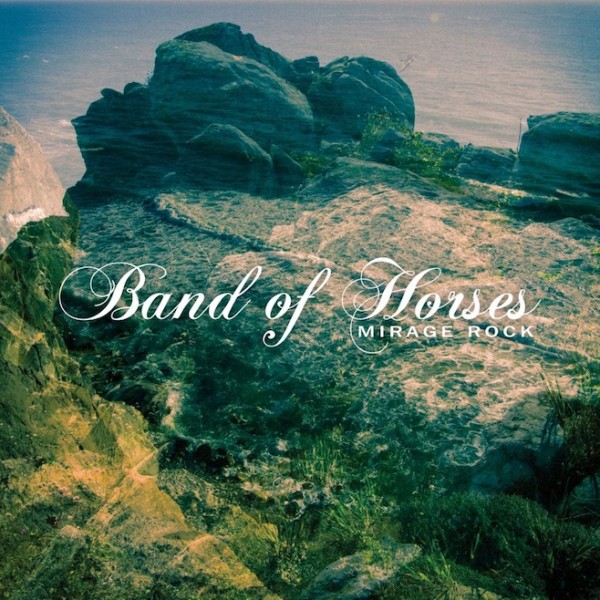 Band of Horses' 'Mirage Rock' has the sound, but is left lacking

Popping Mirage Rock on in the car is mostly a fun experience. It pops, it rocks, there are nice textures and it has a good, natural feel. But, under the surface, there’s something slightly south of satisfying about the record, and that’s a tough, confusing piece to pin down.

The fourth album by Band of Horses shows that even though they’re living solely on a major label these days, they’re not interested in drastically dumbing down their sound for mass appeal. The band has had a slow, natural climb from clubs to festivals, and hearing them stick to their guns is admirable. But all that doesn’t necessarily spell success on this record, and there is no obvious scapegoat available.

The band has noted that there was an effort to make this a looser, live-feeling collection. And the sounds of crackling, snapping drums and chords that keep their rough edges are apparent. One listen to “How to Live” will reveal as much, where even the backing vocals behind Ben Bridwell sound as if they were recorded by the rest of the band. They likely weren’t, but either way, the illusion is there, and that much is welcome and successful.

The real problem is that the songs leave the listener a bit wanting, especially if that listener is familiar with the rest of Band of Horses’ catalog. Take “A Little Biblical,” which again features drums that come out bright and splashing, capturing the sound of a band kicking it and laughing in the studio. But the song itself is just okay, and it leaves the entire production feeling a bit slight.

And it’s not an isolated issue. While there are no obvious clunkers on this album, there are only a small handful of obvious standouts. The rest sort of glide in that dangerous gully between, bursting with potential and leaving much desired despite the band’s clear voice and style.

The closing “Heartbreak on the 101” seems to be the clearest moment of trying something that breaks the template set by the first three records. “Ego Nightmare,” a bonus track available in various formats, is a refreshing blast of old-fashioned rock and roll that, again, breaks the band’s noted character — soaring songs that chase spacey climes. With the right song, there are few bands that can measure up to Bridwell and company. But without them, they can get lost within their own template.

This is not a lazy record, nor is it a blatant cash-in made in a callous attempt at the pop charts and lifeless television licensing. Mirage Rock has the sound of a record made with equal parts enthusiasm and care. But without songs that measure up to the band’s already lofty standards, this could never be a record that lives on through time. With Mirage Rock, Band of Horses have remained true to themselves and, as far as can be seen, have crafted an honest record. Whether or not it moves them forward is still up for debate.

Perhaps it’s a grower, an album that will gradually win hearts and ears upon multiple listens. At the very least, they’ve recorded songs that sound great, and that could be enough to give Mirage Rock a chance in the long run.